Home Technology March 2022’s Most Wanted Malware: Easter Phishing Scams Help Emotet Assert its Dominance
Our website publishes news, press releases, opinion and advertorials on various financial organizations, products and services which are commissioned from various Companies, Organizations, PR agencies, Bloggers etc. These commissioned articles are commercial in nature. This is not to be considered as financial advice and should be considered only for information purposes. It does not reflect the views or opinion of our website and is not to be considered an endorsement or a recommendation. We cannot guarantee the accuracy or applicability of any information provided with respect to your individual or personal circumstances. Please seek Professional advice from a qualified professional before making any financial decisions. We link to various third-party websites, affiliate sales networks, and to our advertising partners websites. When you view or click on certain links available on our articles, our partners may compensate us for displaying the content to you or make a purchase or fill a form. This will not incur any additional charges to you. To make things simpler for you to identity or distinguish advertised or sponsored articles or links, you may consider all articles or links hosted on our site as a commercial article placement. We will not be responsible for any loss you may suffer as a result of any omission or inaccuracy on the website.
Technology

Check Point Research reveals that Emotet remains the number one most prevalent malware, while Agent Tesla moves from fourth to second place after several mal-spam campaigns

Emotet is an advanced, self-propagating and modular trojan that uses multiple methods for maintaining persistence and evasion techniques to avoid detection. Since its return in November last year and the recent news that Trickbot has shut down, Emotet has been strengthening its position as the most prevalent malware. This was solidified even further this month as many aggressive email campaigns have been distributing the botnet, including various Easter-themed phishing scams exploiting the buzz of the festivities. These emails were sent to victims all over the world with one such example using the subject “buona pasqua, happy easter” yet attached to the email was a malicious XLS file to deliver Emotet.

This month, Agent Tesla, the advanced RAT functioning as a keylogger and information stealer, is the second most prevalent malware, after appearing fourth in last month’s index. Agent Tesla’s rise is due to several new mal-spam campaigns delivering the RAT via malicious xlsx/pdf files worldwide. Some of these campaigns have leveraged the Russia/Ukraine war to lure victims.

“Technology has advanced in recent years to such a point where cybercriminals are increasingly having to rely on human trust in order to get through to a corporate network. By theming their phishing emails around seasonal holidays such as Easter, they are able to exploit the buzz of the festivities and lure victims into downloading malicious attachments that contain malwares such as Emotet. In the run up to the Easter weekend, we expect to see more of these scams and urge users to pay close attention, even if the email looks like it’s from a reputable source. Easter isn’t the only public holiday and cybercriminals will continue to deploy the same tactics to inflict harm,” said Maya Horowitz, VP Research at Check Point Software. “This month we also observed Apache Log4j becoming the number one most exploited vulnerability again. Even after all the talk about this vulnerability at the end of last year, it is still causing harm months after the initial detection. Organizations need to take immediate action to prevent attacks from happening.” 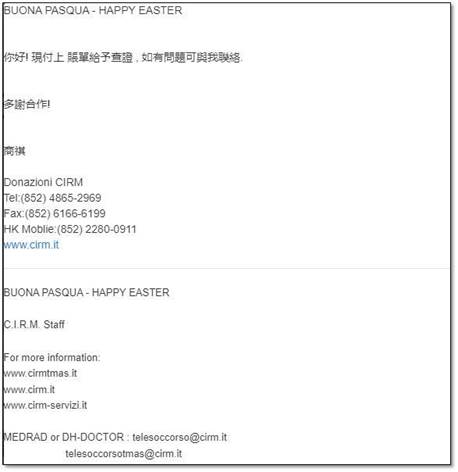 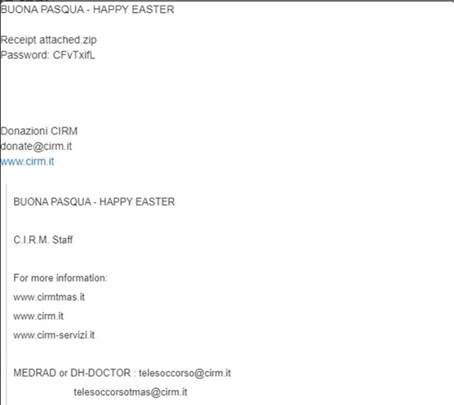 *The arrows relate to the change in rank compared to the previous month.

This month Education/Research is the number one most attacked industry globally, followed by Government/Military and ISP/MSP.

This month “Apache Log4j Remote Code Execution” is the most commonly exploited vulnerability, impacting 33% of organizations globally, followed by “Web Server Exposed Git Repository Information Disclosure” which dropped from first place to second place and impacts 26% of organizations worldwide. “HTTP Headers Remote Code Execution” is still in third place in the top exploited vulnerabilities list, with a global impact of 26%.

This month AlienBot is the most prevalent mobile malware, followed by xHelper and FluBot.

The complete list of the top 10 malware families in February can be found on the Check Point blog.

Check Point Research provides leading cyber threat intelligence to Check Point Software customers and the greater intelligence community. The research team collects and analyzes global cyber-attack data stored on ThreatCloud to keep hackers at bay, while ensuring all Check Point products are updated with the latest protections. The research team consists of over 100 analysts and researchers cooperating with other security vendors, law enforcement and various CERTs.

AI platforms are vital in stopping SMEs from lagging behind

HFR Contributes to the Advancement of O-RAN Private 5G Solutions