Copyright 2021 - All Right Reserved
Home News HIGHWAY CODE CHANGES: A STEP IN THE RIGHT DIRECTION?
Our website publishes news, press releases, opinion and advertorials on various financial organizations, products and services which are commissioned from various Companies, Organizations, PR agencies, Bloggers etc. These commissioned articles are commercial in nature. This is not to be considered as financial advice and should be considered only for information purposes. It does not reflect the views or opinion of our website and is not to be considered an endorsement or a recommendation. We cannot guarantee the accuracy or applicability of any information provided with respect to your individual or personal circumstances. Please seek Professional advice from a qualified professional before making any financial decisions. We link to various third-party websites, affiliate sales networks, and to our advertising partners websites. When you view or click on certain links available on our articles, our partners may compensate us for displaying the content to you or make a purchase or fill a form. This will not incur any additional charges to you. To make things simpler for you to identity or distinguish advertised or sponsored articles or links, you may consider all articles or links hosted on our site as a commercial article placement. We will not be responsible for any loss you may suffer as a result of any omission or inaccuracy on the website.
News

HIGHWAY CODE CHANGES: A STEP IN THE RIGHT DIRECTION? 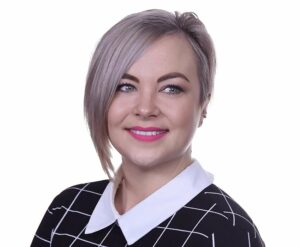 According to the road safety charity Brake, someone is killed or seriously injured on UK roads every 22 minutes. Updated regularly to reflect current practice and to try and keep road users safe, the hierarchy of road users was recently amended in The Highway Code, splitting opinions across the country as to whether it will help or hinder safety. Emma Howard, associate and chartered legal executive specialising in personal injury at Nelsons, discusses the changes and examines whether they are a step in the right direction to make the UK roads a safer place.

While not a legal document, The Highway Code is a guide of good practice for road users and many of the instructions are backed up by law – for example, careless driving. This means that, while failure of individuals to comply with the rules cannot lead to a fine, prosecution, or driving disqualification, it can be used to establish liability in a civil claim.

On 29 January 2022, changes to The Highway Code took effect. More than thirty of the existing rules were amended and two new rules were introduced, including a new hierarchy of road user. The new hierarchy is as follows:

This new hierarchy seeks to give protection to the most vulnerable people on the road. The idea is that those who can do the most harm to others on the road have the greatest responsibility and, therefore, should look out for everybody on the road.

However, concerns have been raised that this new rule could cause more collisions as it would mean drivers, cyclists and horse riders would be waiting on busy roads.

Vehicle users are now being told to regard cyclists as though they are another vehicle and to give them priority and right of way when travelling straight ahead. When a driver is at a junction, they should not turn if it could cause a cyclist, horse rider or a horse-drawn vehicle – who is travelling straight ahead – to stop or swerve. Drivers must stop and wait for there to be a gap in the flow of cyclists, if required.

The new rules permit cyclists to ride in the centre of a lane to make themselves more visible on the road, especially when approaching junctions and overtaking could be unsafe.

Cyclists now have to cycle no less than half a metre from the kerb or even further where it is safe. Vehicle users also must have to leave at least one and a half metres of space when overtaking a cyclist at speeds of up to 30mph. At speeds in excess of 30mph, drivers must allow even more space.

The Highway Code now also advises cyclists to take care when passing parked vehicles and that they should leave enough space, one metre or a door’s width, to avoid the chances of them being hit if a vehicle door is opened.

This new rule gives drivers specific advice about how to exit their vehicle. This method requires the driver to open their car door with the hand furthest away from the door. This forces them to turn their head and look backwards which may mean they spot either a cyclist or motorcyclist, helping to prevent a collision.

While the changes to the Highway Code sound sensible, and affords protection to the more vulnerable, the new rules will not take the responsibility off vulnerable road users entirely as cyclists, pedestrians and horse riders will still be responsible for their own safety and will be expected to act with diligence and care alongside other road users.

Prior to these changes, liability was often difficult to prove or establish, except in the most clear-cut and obvious cases. It is hoped that these changes will bring about a reduction in the amount, and severity, of injuries that occur on the roads. For the changes to make an impact however, people need to both be aware of, and take notice of, the changes.

It remains to be seen how the code will impact the safety of road users, but it’s likely that the changes will impact how the courts deal with the subject of liability for personal injury claims, with the courts most likely siding with the road user that can do the least amount of harm or damage.

END OF LEASE REPAIRS: WHAT LANDLORDS NEED TO KNOW

EHAB has raised £1.4m to protect construction from the climate crisis. Alongside joining...