Home Headlines Paul Rabinovitch Joins SmallChange.co Crowdfunding Platform As Strategic Advisor
Our website publishes news, press releases, opinion and advertorials on various financial organizations, products and services which are commissioned from various Companies, Organizations, PR agencies, Bloggers etc. These commissioned articles are commercial in nature. This is not to be considered as financial advice and should be considered only for information purposes. It does not reflect the views or opinion of our website and is not to be considered an endorsement or a recommendation. We cannot guarantee the accuracy or applicability of any information provided with respect to your individual or personal circumstances. Please seek Professional advice from a qualified professional before making any financial decisions. We link to various third-party websites, affiliate sales networks, and to our advertising partners websites. When you view or click on certain links available on our articles, our partners may compensate us for displaying the content to you or make a purchase or fill a form. This will not incur any additional charges to you. To make things simpler for you to identity or distinguish advertised or sponsored articles or links, you may consider all articles or links hosted on our site as a commercial article placement. We will not be responsible for any loss you may suffer as a result of any omission or inaccuracy on the website.
Headlines 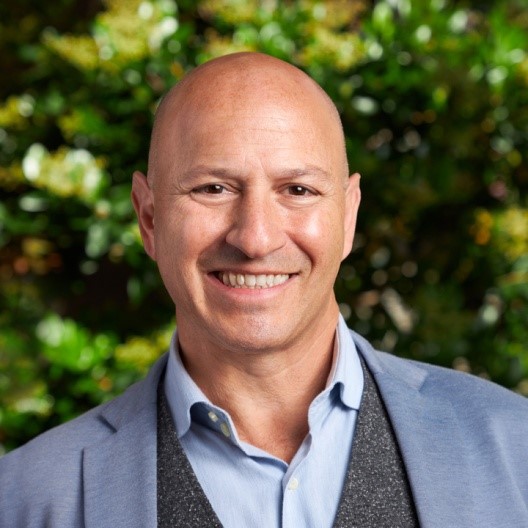 Paul Rabinovitch, widely considered a pioneer in impact investing for real estate, is joining SmallChange.co, the first crowdfunding platform exclusively focused on transforming the real estate industry into an equitable investment landscape, as a strategic advisor. In this capacity he will help guide the continued expansion of the growing platform.

Over the span of two decades Rabinovitch has overseen investments of approximately $500 million of equity in real estate, with an aggregate value of more than $3 billion. These investments comprise over 20,000 units of housing and one million square feet of commercial space across a dozen markets in the U.S. and Canada.

Rabinovitch was the former principal and head of real estate at New Island Capital Management, a 100% impact investment advisory firm, where he started the practice and built the program for impact real estate investments across impact themes and real estate asset classes. In that capacity he also served on the advisory boards of some of North America’s leading impact-oriented private equity real estate funds. He also advises two small land trusts that he founded 20 years ago. Before he entered the field of real estate, he spent more than 11 years as the executive director of the Nature Conservancy’s Long Island Chapter.

“Small Change is laser-focused on disrupting the status quo in the real estate industry, something that is sorely needed. With almost 60% of the listings on the platform either minority or woman-led, and with a creative range of projects in diverse places, Small Change is setting the stage for the next generation of developers in the real estate industry” Rabinovitch remarks. “To date, there is no other platform like it in the marketplace. Small Change is tackling the inequity of the real estate world head on, opening doors for emerging developers, first-time investors and disinvested places alike. I’m looking forward to working with Small Change to ensure that these open doors become major thoroughfares of opportunity.”

“Paul is a perfect strategic advisor for Small Change,” says Eve Picker, founder and CEO of SmallChange.co. “Not only does he bring absolute commitment to impact, but he also has deep industry knowledge and broad connections that will benefit Small Change as we grow. We are so happy to have him onboard.”

SmallChange.co is a crowdfunding platform that enables developers to raise capital for real estate projects with social impact. Since its inception in 2016, SmallChange.co has helped 41 developers raise almost$11 million for projects in 21cities, big and small, across the United States.

Ford to make call on Europe job cuts by mid-Feb as buyers circle...