Home Business The Golden Touch: How gold can offer stability in times of uncertainty
Our website publishes news, press releases, opinion and advertorials on various financial organizations, products and services which are commissioned from various Companies, Organizations, PR agencies, Bloggers etc. These commissioned articles are commercial in nature. This is not to be considered as financial advice and should be considered only for information purposes. It does not reflect the views or opinion of our website and is not to be considered an endorsement or a recommendation. We cannot guarantee the accuracy or applicability of any information provided with respect to your individual or personal circumstances. Please seek Professional advice from a qualified professional before making any financial decisions. We link to various third-party websites, affiliate sales networks, and to our advertising partners websites. When you view or click on certain links available on our articles, our partners may compensate us for displaying the content to you or make a purchase or fill a form. This will not incur any additional charges to you. To make things simpler for you to identity or distinguish advertised or sponsored articles or links, you may consider all articles or links hosted on our site as a commercial article placement. We will not be responsible for any loss you may suffer as a result of any omission or inaccuracy on the website.
Business

The Golden Touch: How gold can offer stability in times of uncertainty 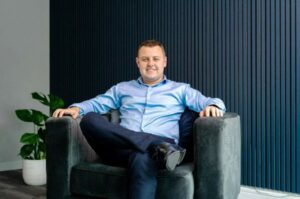 It would be an understatement to say that the future is uncertain. It has now started to look as though our journey to a stable post-COVID future won’t be as straightforward as we would have all hoped. Particularly with the ongoing war in Ukraine, straining global systems that were already having trouble coping.

And the effects on the global economy are already apparent. Inflation is rising to levels not seen in decades, while markets match the single-day declines of the early months of the pandemic.

These times of uncertainty have had a knock-on effect on the confidence of all those working within the sector. The World Economic Forum’s recent Chief Economists’ Outlook report shows a big shift away from the optimism of late 2021. As recently as January, most expected the major economies to return to their pre-COVID growth paths by the end of this year. However, many economists have now revised their outlook downward, with Europe looking likely to struggle.

What does this all mean for investors, then? It is entirely reasonable to experience concern at the prospect of a prolonged economic downturn and the likelihood of further difficult times in the future. However, investors can always take precautions to safeguard themselves in trying circumstances.

After years developing projects in the natural resources sector, one thing in particular that strikes me is that now, more than any time during the decade I’ve been involved in the industry, more and more people and many more institutions are turning to gold as a way to mitigate risk within their investment portfolios.

And I’m not alone in turning to precious metals at a time like this. A host of major global banks and veteran investors are forecasting a substantial surge in the price of gold over both the medium and longer term, as people look to take advantage of gold’s status as a “safe haven” asset.

But why is gold so important when crisis strikes? And what are the tell-tale signs that gold may be about to surge?

Before we discuss why gold is such a valuable asset in difficult times, let’s take a closer look at what the world economy may be like in the upcoming year.

Let’s cut to the chase; unfortunately, it’s doesn’t make for good reading. In late May, business leaders gathered in Davos for the first time since 2020, but it wasn’t quite the happy reunion they might have hoped for. According to Bill Winters, CEO of Standard Chartered, many of the conversations were focused on the likelihood of recession – with Winters himself putting it at 50/50.

And looking at the available data, you wouldn’t exactly want to bet against him. Inflation across the Eurozone hit 7.5% in April, while in the US it surged to a 41-year high of 8.5% in March, falling narrowly to 8.3% the following month. Real wages and consumer confidence have declined in tandem, while stocks are continuing to slide as companies revise their earnings projections downward – with the previously buoyant tech sector leading the decline.

In the US the signs are particularly dire, with the S&P 500 approaching bear market territory throughout May. As retailers begin to follow tech companies in reporting declining earnings, the overall trajectory for the world’s largest economy is not reassuring. And where the US goes, others are likely to follow.

Of course, much of this is the immediate result of the war in Ukraine. By disrupting global energy and food supplies, the war has strained an already weakened global economy and derailed the expected post-COVID resurgence.

But there are bigger forces in play, too. In my experience, it is important for investors to take a step back to review the full picture before deciding how to proceed in such challenging times. Focusing on a single cause – even something as significant as a war – can underestimates the potential for longer-term market risks and the substantial possibility of secondary shocks. The slowdown in China’s export growth, for instance, also had a significant impact in early May, as renewed lockdowns in major cities such as Shanghai took their toll.

But there are also signs that something more fundamental is happening to the global economy. Looking to the core inflation rate – that is, the inflation rate once the more volatile goods such as food and energy are removed – we can see that higher levels of inflation are, as JPMorgan’s Allan Monks puts it, “bleeding” from energy and goods into core services. This raises the prospect that any resolution to the current crisis may not have a significant dampening effect on rising prices and the erosion of purchasing power.

Ultimately, I believe that focusing on the immediate context of rising inflation may be taking too narrow a view. There are growing indications that the global economy is entering a period of significant realignment, disrupting the decades-long trend toward a more integrated world.

The way that local shocks have magnified across the globe and proven resistant to countervailing measures has begun to put the three-decade long push toward globalisation in doubt. According to the Financial Times, the data provider Sentieo has found mentions of nearshoring, onshoring and reshoring hitting their highest levels since 2005 on corporate earnings calls and investor conferences.

I’m not the only one in noticing these shifts either. Prior to the Davos summit, José Manuel Barroso, chair of Goldman Sachs International, noted that various trends – including growing tensions between the US and China – were “raising serious concerns about a decoupling world.” Agustín Carstens, head of the Bank for International Settlements, made similar comments in April, arguing that a trend toward deglobalisation, particularly when it comes to supply chains, may result in the world entering a new inflationary era. With this in mind, I would argue that focusing on short-term fluctuations in various indices will obscure the broader trajectory of the global economy.

It’s also important to consider how frequently analysts use ever-longer timelines to try to explain what’s happening. Kristalina Georgieva, Managing Director of the IMF, suggested that the crisis facing the global economy may be the most significant since the Second World War. If this is the case, then we are entering uncharted waters of the kind that few investors will have seen in the course of their careers.

It seems reasonable to refer to some of the conventional wisdom about investing in these circumstances. And what better place to look than gold’s famed reputation as a “safe haven” asset?

A select few commodities have sparked such fascination over such a long period of human history as gold. Certainly none have played such a varied and essential role in commercial activity.

But even though gold no longer plays a core role in the global economy, that doesn’t mean it no longer has value as an asset. Recent history has shown, gold continues to have significant value as a result of its capacity to store value over time better than many alternatives, making it highly regarded as a hedge against inflation and the decline of the US dollar.

Gold has long been seen as a vital diversification tool for investors looking to safeguard their portfolios in turbulent times. And such an approach has been more than justified by gold’s performance through historic crises.

The Price of Gold

The past 40 years has seen gold prices surge in times of mass global uncertainty – including early on during COVID-19 pandemic. And while gold initially withdrew from its 2020 peak, it has continued to perform strongly through 2021-22. A recent FT report on investments that beat CPI from the 12 months to March 2022 showed gold outperforming other assets by a substantial margin on real returns.

Given this, it is easy to understand why many prominent financial institutions have revised their gold price forecasts upwards this year – in some cases multiple times. In January, Goldman Sachs raised its 12-month forecast to $2150 per ounce, before raising it again to $2500 in March, noting that the sanctions on Russia would likely push the country to return to buying gold once the Rouble stabilises.

It seems clear to me that the well-worn wisdom that gold is the ideal asset for mitigating risk during uncertain times continues to hold true. Given this, investors would do well to look for safe and sustainable ways to increase their exposure to gold.

My convictions about the value of gold and other natural resources as important parts of a secure and well-balanced investment portfolio are not new. And nor are they based solely on data – as important as this is. But what we can learn from previous experience is that the human fascination and perception of gold as the one commodity that offers stability in times of global panic and uncertainty, makes it a must have in any investor’s portfolio.

Soccer-Everton edge Fleetwood in League Cup for first win of season, Fulham out

How music builds relationships in teams and with customers

3 Predictions on the Future of Digital Asset...